A triangle correction pattern has the form of a triangle. 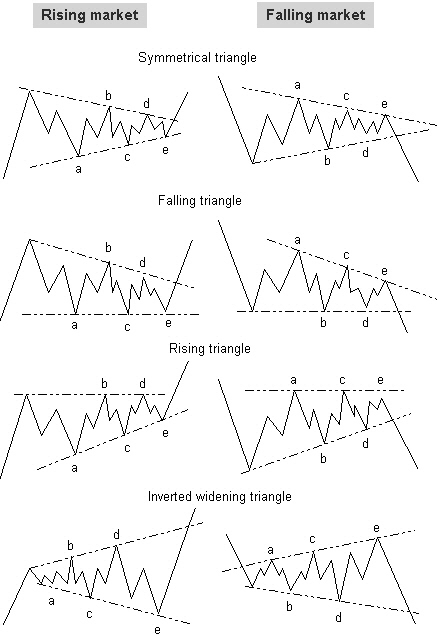 Wave E will, in some cases, penetrate the AC line.

In the normal triangles we note three types: symmetrical, rising, or falling triangles.

The inverted widening triangle only exists in a symmetrical version.

Rules and Guidelines for the Triangle

Rules and Guidelines for the Inverted Widening Triangle